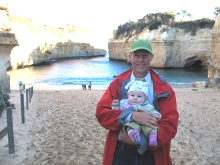 Frank toured Australia this time last year for the True Cost Economics Forum. He wrote this piece in lieu of exciting developments in Canada.

For the first time to my knowledge, Toronto will be collecting economic rent to pay for infrastructure — in this case to redevelop a section of a busy shopping street. (The wealth that accrues to locations is known as economic rent).

It was reported in the Globe and Mail as follows: “The city will borrow the money up front, to be paid off gradually by the businesses along the ritzy strip.”

Significantly, although the city has refused to pay for the street redevelopment out of property taxes, the adjacent businesses know the benefits to them will outweigh the costs, and are therefore willing to pay for it themselves. These Toronto businesses know that if infrastructure is warranted and beneficial it will raise the value of their land by more than the cost of that infrastructure. When redevelopment makes locations more desirable, more economic rent is attracted, over time, than the cost of the initial redevelopment.

This example is not at all unique; the economic theory is universal. The implication is that any infrastructure that increases land values should not be funded out of government tax revenue, but instead be paid for through the collection of the increased economic rent generated by the infrastructure, whether it is a hospital, school, sewer upgrade, park or transit system.

Normally the increased economic rent goes (untaxed) to the person or company that owns affected land, even though governments pay for the improvements out of the tax base. Taxpayers everywhere are unjustly expected to pay for improvements that only benefit the local land-owning minority.

The law of economic rent offers a model of how to finance more efficient transportation systems, reconstruct public infrastructure and green public buildings without bankrupting governments or raising taxes. Like this Toronto street redevelopment, all towns, cities, provincial and federal governments should collect the economic rent that migrates to land (and other finite assets like oil, aggregates, pollution) and use it to finance the greening of the country.

Wheels of Fortune: Self-Funding Infrastructure and the Free Market Case for a Land Tax: Fred Harrison